Well no, it is not possible to visit all of Rome in a few days. The average stay of a tourist in Rome is almost 3 nights and we say it clearly: if you want to know Rome better you have to come back many times. How long does it take to get to know Rome? We do not know the answer, unfortunately, since even the Romans continue over the years to discover pieces of their city completely hidden.
The right question is probably another, since few people manage to stop for months in a city, and it is: how can I organize my time to see everything that will give me an overview of the city and not to lose the most amazing and unique things about this open-air museum?
We strive as much as we can to help our customers discover a city that, at the bottom and even on the surface, is the cradle of the culture of us all. Rome is like a large mirror whose reflection is the observer himself, from whatever part of the world it arrives. Language, history, philosophy, literature, laws, the way of regulating time and the seasons are all legacies of the greatest civilization in history.
In this article we want to talk about a great jewel. Great in terms of size and artistic and cultural relevance. A bit ‘out of the classic tourist circuits that are often limited, for time requirements, to “90 pieces” that must be seen anyway. A jewel that deserves full days, to be honest, but that could also be worth a morning or, better, a long afternoon, especially in this period (Autumn) of magnificent sunsets.
We are speaking about the Appia Antica, ancient consular road that connected Rome to Brindisi passing through Naples, Pompeii and the islands of Capri and Ischia so loved by the Roman emperors. It was built in the fourth century A.C. and is universally believed to be one of the greatest engineering works in history.
It was built at the behest of Appius Claudius, hence the name Appia. The stretch of the long consular road that interests us and we recommend to our customers is the Roman one, obviously, which goes from the Circus Maximus up to the Grande Raccordo Anulare. To do by bike and with a good camera. 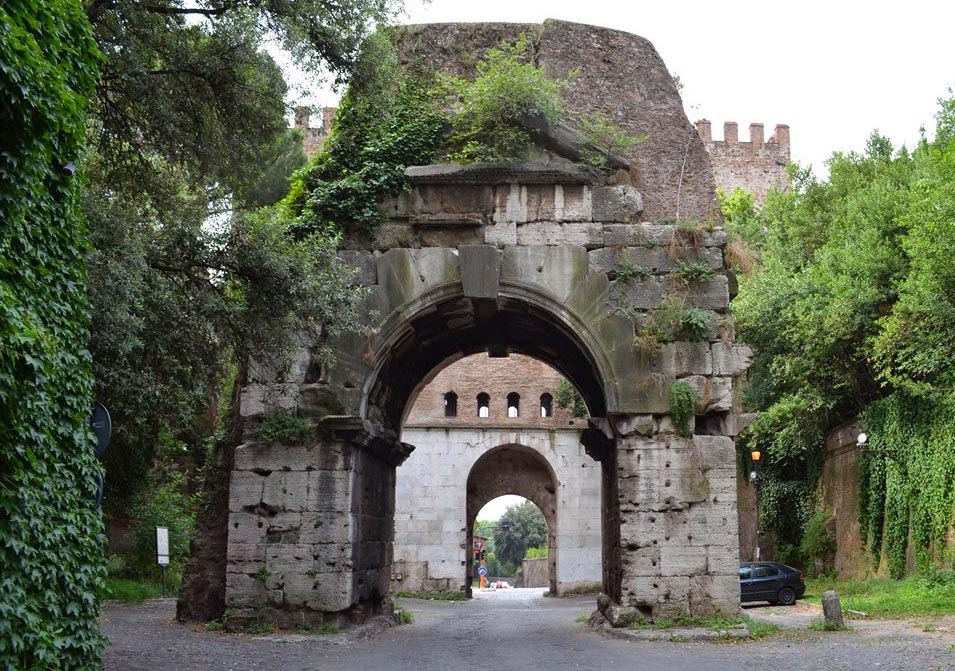 Departing from our Hotel in Termini Central Station we start with Porta San Sebastiano, a magnificent building that allowed access to the Aurelian walls and the city center. A few hundred meters away there is a very important place for Christianity: the church of Domine Quo Vadis. The story tells that the apostle Peter fleeing from Rome to escape persecution, was stopped by the vision of Jesus to whom he addressed “Domine, quo vadis?” Or, “Where are you going, Lord?” This meeting convinced Peter to return to Rome and face martyrdom. 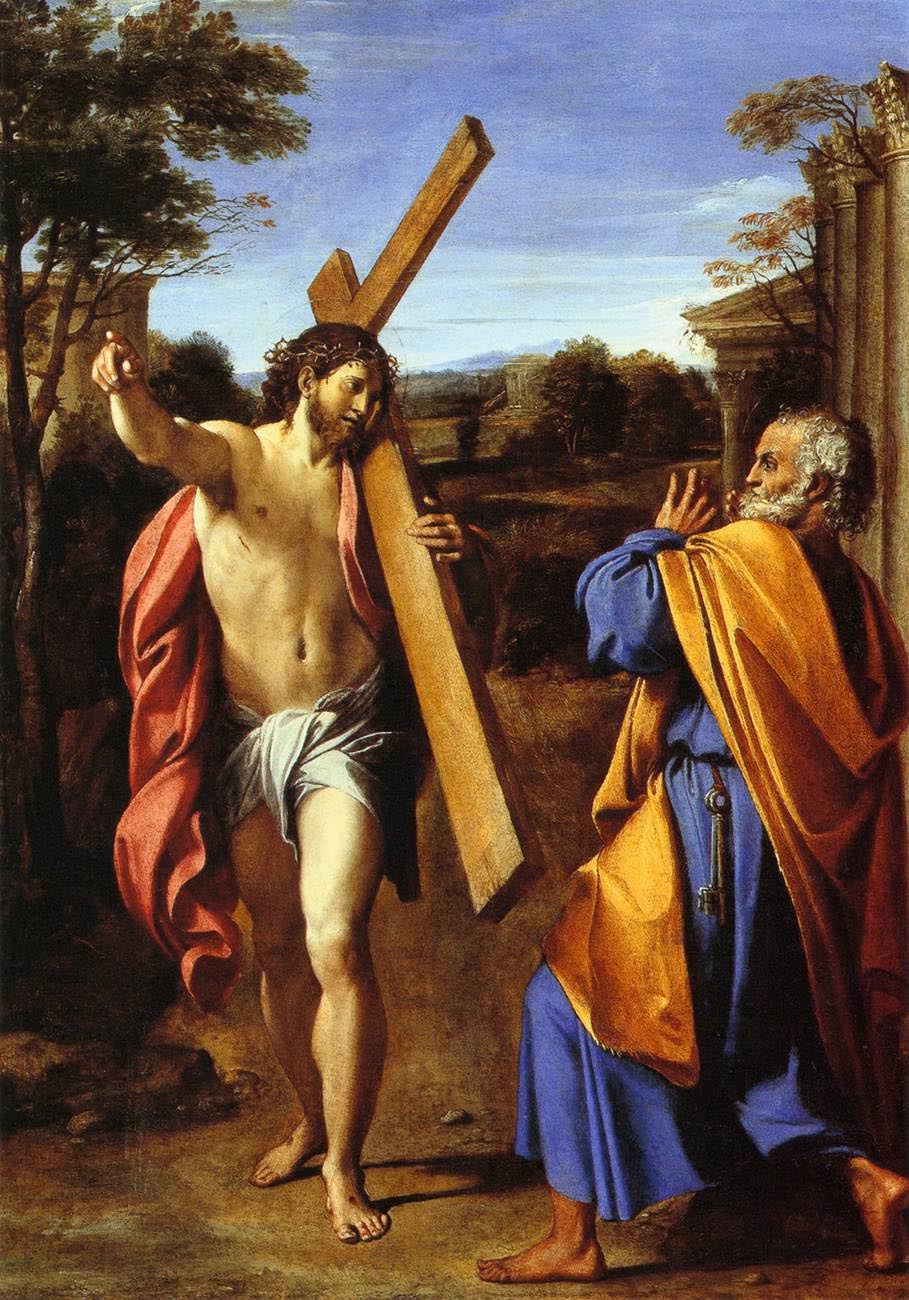 Continuing along the Via Appia Antica we find ourselves in the middle of the area of the catacombs. The catacombs were essentially cemetery areas, in Rome there are as many as 40 for 150 km of underground tunnels dug into the tufa. In ancient times, the burials took place outside the confines of the inhabited city as stated in the law “hominem mortuum in urbe neve sepelito neve urito”. Precisely for this custom, the Via Appia Antica is full of splendid tombs of noble families.

A little further, on we find an area rich in history with the Villa of Maxentius, the Circus of Maxentius and the Mausoleum of Cecilia Metella. 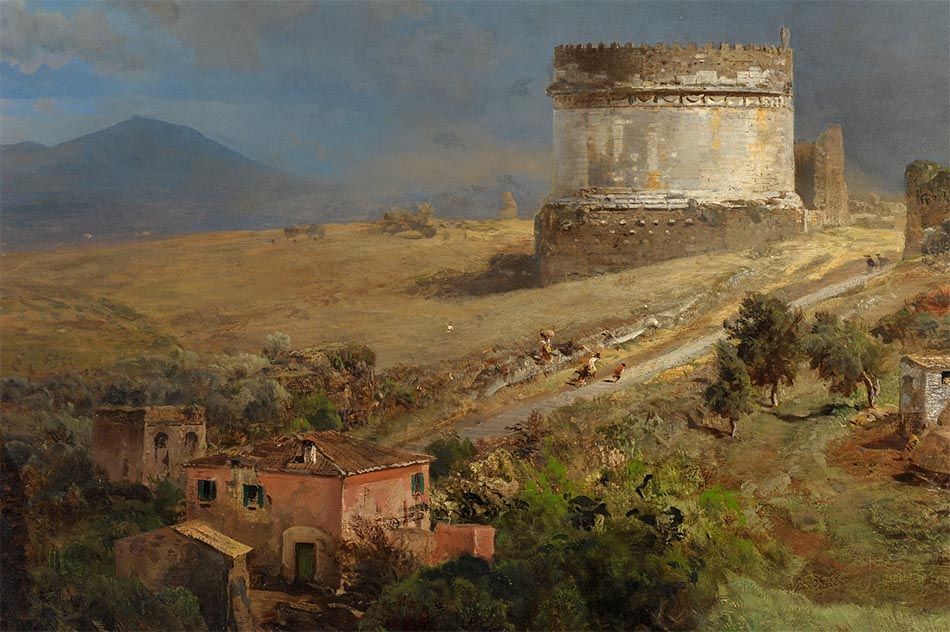 From this point on, on foot or by bike, you have the opportunity to walk the original basalt of the ancient Via Appia, surrounded by monuments of all kinds and far from traffic and smog in one of the largest city parks in Europe.

A morning or an afternoon well spent, in our opinion, in contact with memorable pieces of history and art. A pleasant trip on foot or by bike on roads covered millennia ago by wagons and horses that traded between Rome, Naples and Puglia, from which we then left for Greece and the Middle East. 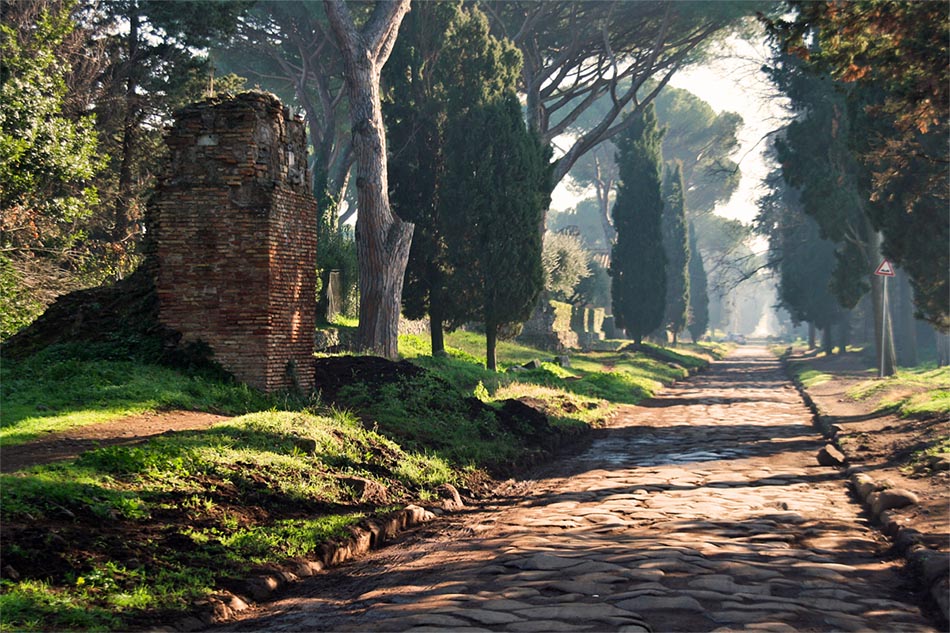